After printing out some text for my PhD, I was struck by the reproduction of the above image. The sloper on the boomerang boulder, the crux of my recent attempts to traverse the boulder.I used the image to illustrate the role of the chalk marks as trace or residue of performance. I was also drawing on an analogy of bouldering being akin to the ‘event’ described by Harold Rosenberg’ in ‘The American Action Painters’ (1952). To extend this comparison it could be argued that the climber is inhabiting the event, the boulder problem and directing all his or her energies, intelectual, emotional and physical. The event is an embodied experience. 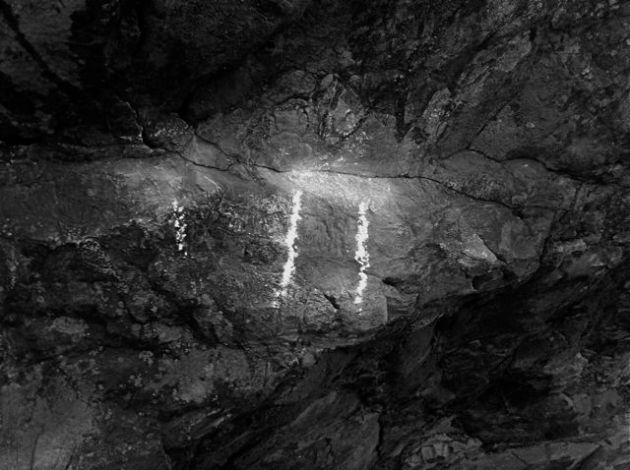 The reproduction of the hold after printing took on an abstract quality, losing definition. The rock planes and surfaces became softer, more tonal. I began to think that they would make good drawings or paintings as well as being specific references or reprentations of boulders.